Posted by BatogoSpot on 25 January 2021 | Featured | No Comments

Ostrow Tumski in Wroclaw - where it all began

Ostrów Tumski, this is where it all began. It is the oldest and historic part of Wrocław, from which, as legends believe, the present-day capital of Lower Silesia comes from. The first confirmed records of this area come from the year 1000, when a bishopric was established here. The island on which the cathedral is located is the place where the first peoples settled in this area. The choice of the place should come as no surprise to anyone due to the easy access to the river, which provided for the satisfaction of basic life needs. At the beginning, Ostrów Tumski was nothing more than a small wooden settlement with about 1,500 inhabitants. However, when it came under the rule of his grandson, Bolesław Krzywousty, it began to become a brick fortress. It is surrounded by a moat with defensive walls and other elements of the fortifications. Over the next centuries, Ostrów Tumski served mainly as a place of church rituals. Numerous churches, canons’ estates, residences of bishops and other significant church authorities were built here. Throughout this period, Ostrów remained an island that could only be reached by bridges, but in 1824 it became part of the mainland. At that time, one of the branches of the Oder flowing here was buried, which made it possible to join it and end the Ostrów era as an island.

Before the transformation of Ostrow into a part of the mainland, the canon Jan Baptist Bastiani had his property there, who hosted, among others, the famous Italian lover – Casanova! 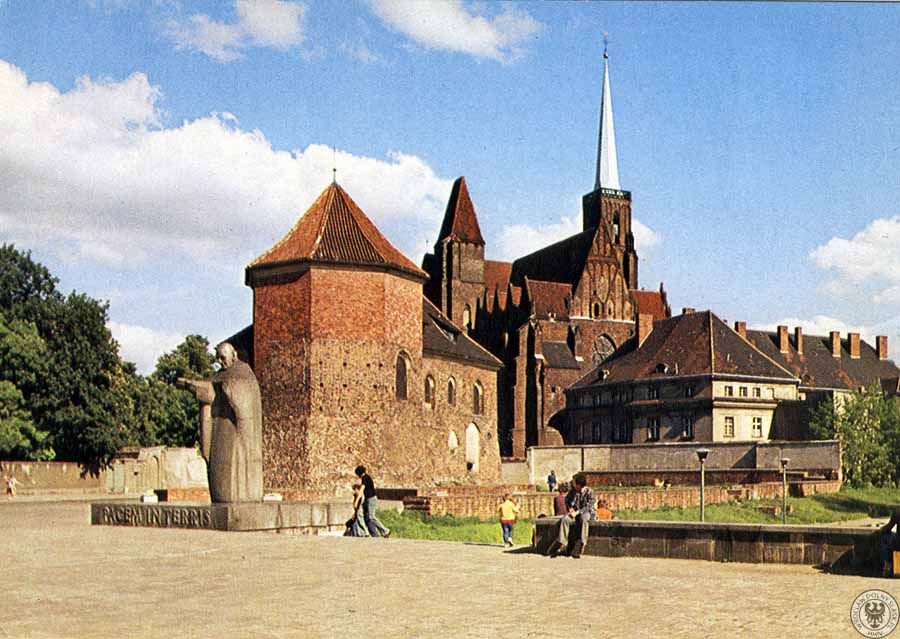 History of the Wroclaw market - Ostrow Tumski in Wroclaw The first reports about the main square in Wrocław date back to the 13th century. At the beginning, of course, it was a place of trade, and in the surrounding streets there were factories of various types of craftsmen. Their activity remains a trace to this day in the form of street names. For example, we can walk along Szewska Street, where the most outstanding shoemakers worked centuries ago, or on Białoskórnicza Street, Jatki, where you could buy meat and offal straight from the butcher. After about a hundred years and constant architectural changes, the market in Wrocław took a form that can be seen to this day. It has a rectangular shape and covers an area of 3.8 ha. The layout of the tenement houses and the layout of the streets have been practically untouched, which allows tourists to travel back in time to the 14th century Wrocław.

Unfortunately, the market also has a dark history. It was here that corporal punishment was carried out over the years. Blood was poured over these paving stones after the flogging, the stripping of the convicted limbs or execution by cutting or hanging. In the 1980s, on the site of these tortures, a pillory was erected, where young people meet today, and where the last public execution took place in the middle of the 18th century. Today, however, the market square is the bustling heart of the city, with the best restaurants, numerous pubs and well-preserved tenement houses and monuments. When you feel extremely intrigued by the history of Wrocław, the places where the largest city in Lower Silesia was born, we invite you to visit us! Our company offers accommodation at a distance of 600m from the Cathedral of Ostrów Tumski, which will allow for a pleasant walk to the place where it all began. After visiting the cathedral, you can continue your way to the market square from which you will only be less than a kilometer away. Wrocław is one of the most beautiful cities in Poland, with a rich history and a wealth of monuments and cultural facilities. It is worth visiting them at least once in your life to see how charming this place is on earth! We highly recommend choosing our services for this stay. Our team will help and advise in the selection of attractions, places worth visiting and will provide service at the highest level. Our offer includes as many as 11 different studio apartments with private bathrooms. We are a company with extensive experience and a full range of amenities to offer. We guarantee that your stay in Wroclaw will be successful!